We are delighted to announce that long time friend and touring ambassador of Trevose, Phil Rowe, has been selected as Head Men’s Coach of the Swanson Cal Poly Golf Program following six seasons as an assistant or associate head coach at UNLV.

Rowe, who became an assistant coach with the Rebels in 2014 and was promoted to associate head coach in June 2017, succeeds Scott Cartwright, who announced his retirement in December after 19 years with the Cal Poly men’s golf program. Cartwright was also Women’s Head Coach for 12 seasons from 2003-15. 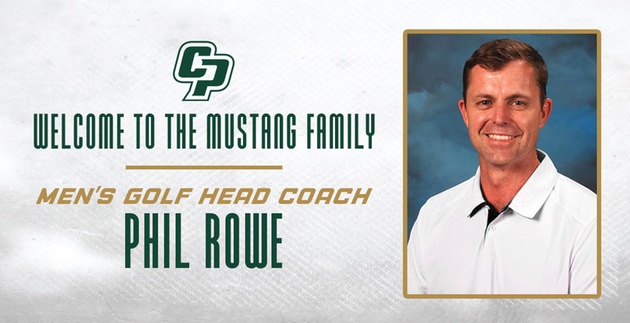 Prior to his coaching stint in Las Vegas, Rowe spent four years as assistant coach for the men’s golf program at Stanford, his alma mater.

“I am honoured that Don Oberhelman and the search committee have appointed me to the team at Cal Poly and to lead the men’s golf program,” said Rowe. “Cal Poly’s tradition of academic excellence combined with the support and enthusiasm of the community present a great opportunity to continue to build on what Coach Cartwright has started.

“Besides the beautiful campus in San Luis Obispo, I was impressed by the golf training environment that is being created with the construction of the golf clubhouse at Dairy Creek and development of its surrounding practice areas,” Rowe added. “Current and future Mustangs will be inspired by the vision of donor project manager, Bill Swanson, and the team.

“While the current circumstances are challenging for one and all, this time will be used to explore possibilities and learn The Mustang Way. For this opportunity to be a head coach, I owe a debt of gratitude to Coach Conrad Ray (Stanford) and Coach Dwaine Knight (UNLV) with whom I served apprenticeships.”

We wish Phil, his wife Claire, and their three children all the very best as they embark on a new and exciting chapter in what has already been a glittering golf career on and off the course. We look forward to watching his progress as he takes on this prestigious new role leading one of the top US NCAA golf teams.

We are delighted to announce that long time friend and touring ambassador of Trevose, Phil Rowe, has been selected as Head Men’s Coach of the Swanson Cal Poly Golf Program following six seasons as assistant / associate Head Coach at UNLV.